I believe a lot of people have underestimated the healing effects of the dried orange peel (陈皮). Whenever I leave the house, I will always bring along some dried orange peel because it is one of the foods (snacks) that I have personally benefited a lot from it! 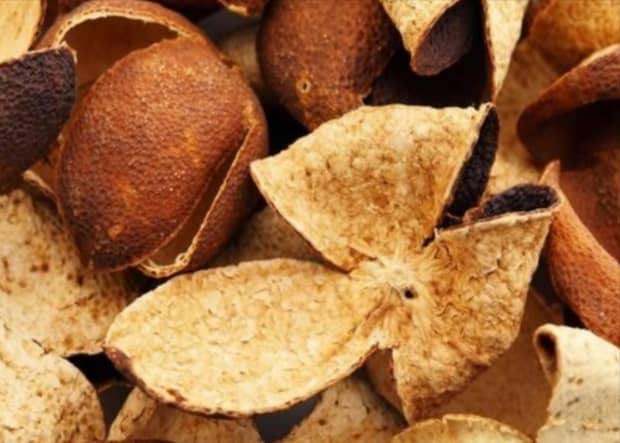 In Asia countries, most people are familiar with dried orange peel as a snack, and rarely will people eat it for healing effect, most people just eat it as a snack.

The first time I learned about its effect is during my class at Singapore College of TCM (Traditional Chinese Medicine) when the professor shared that dried orange peel is excellent at harmonizing the qi flow in our stomach.

Ever since that class, I will carry some dried orange peel with me whenever I know that I will have my meals outside.

I am not sure if you have experienced this, but sometimes when I eat some oily food or drink some beverages that contain dairy, I will feel bloatedness in my stomach. This feeling is like my stomach has stopped digesting food and causes me to have no appetite for the next meal.

Let’s get down to its effects!

The thermal nature of dried orange peel is warm. So this means people who are heaty should avoid eating it.

Dried orange peel benefits the spleen and lungs organ and it has the following properties:

Harmonize the qi flow in the spleen and stomach: Whenever you feel your stomach bloated (due to oily or dairy stuff you have eaten) or feeling uncomfortable that you might vomit because of a balancing issue caused by the environment (traveling on a boat, ferry, or traveling upwards/downwards on a mountain road), dried orange peel can help to soothe the qi in your stomach and relief the discomfort feeling for you.

Dissolve phlegm in the lungs: Dried orange peel can also help to dissolve phlegm in your lungs especially if the phlegm is caused by the cold food (that you eat) or the surrounding sudden change of the air temperature.

The daily dosage recommendation is 3 to 10g.

Most people will have no issue eating dried orange peel but do make sure that you don’t eat it every day. Also, avoid eating it if you are having a sore throat or fever.

There are two types (forms) of dried orange peels.

The first type is those that you need to cook it. This kind of dried orange peel is best for cooking desserts like red bean soup.

The second type of dried orange peel is those that you can buy and eat as a snack. Normally I will choose those skins that look darker because the darker it is, the better is the healing effect.

The most convenient way to eat dried orange peel is to buy those that come as a snack. Just make sure you choose those that have skins a bit darker rather than light. Click here for an example of how it looks like on Amazon.

We use cookies on our website to give you the most relevant experience by remembering your preferences and repeat visits. By clicking “Accept All”, you consent to the use of ALL the cookies. However, you may visit "Cookie Settings" to provide a controlled consent.
Cookie SettingsAccept All
Manage consent

This website uses cookies to improve your experience while you navigate through the website. Out of these, the cookies that are categorized as necessary are stored on your browser as they are essential for the working of basic functionalities of the website. We also use third-party cookies that help us analyze and understand how you use this website. These cookies will be stored in your browser only with your consent. You also have the option to opt-out of these cookies. But opting out of some of these cookies may affect your browsing experience.
Necessary Always Enabled
Necessary cookies are absolutely essential for the website to function properly. These cookies ensure basic functionalities and security features of the website, anonymously.
Functional
Functional cookies help to perform certain functionalities like sharing the content of the website on social media platforms, collect feedbacks, and other third-party features.
Performance
Performance cookies are used to understand and analyze the key performance indexes of the website which helps in delivering a better user experience for the visitors.
Analytics
Analytical cookies are used to understand how visitors interact with the website. These cookies help provide information on metrics the number of visitors, bounce rate, traffic source, etc.
Advertisement
Advertisement cookies are used to provide visitors with relevant ads and marketing campaigns. These cookies track visitors across websites and collect information to provide customized ads.
Others
Other uncategorized cookies are those that are being analyzed and have not been classified into a category as yet.
SAVE & ACCEPT